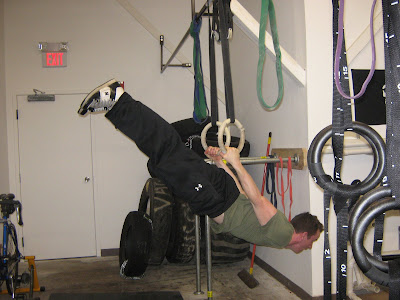 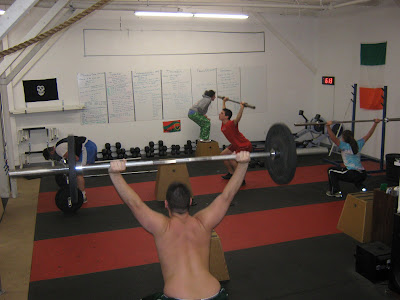 Warm-Up: 3 Rounds at Own Pace:

Is Running Bad For You? Maybe Not?

Here is a small blip of an article from the New York Times on the positives of running:

“Perhaps because it seems intuitively true, the notion persists that running, especially when done long-term and over long distances, is bad for the joints. Indeed it would be hard to think otherwise when, with each foot strike, a runner’s knee withstands a force equal to eight times his body weight — for a 150-lb. person, that’s about 1,200 lbs. of impact, step after step.

The common wisdom is that regular running or vigorous sport-playing during youth subjects the joints to so much wear and tear that it increases a person’s risk of developing osteoarthritis later in life. Studies have suggested that may be at least partly true: in one study of about 5,000 women published in 1999, researchers found that women who actively participated in heavy physical sports in their teenage years, or weight-bearing activities in middle age, had a higher than average risk of developing hip osteoarthritis by age 50. (See the top 10 medical breakthroughs of 2009.)

But over the past few years an emerging body of research has begun to show the opposite, especially when it comes to running. Not only is there no connection between running and arthritis, the new studies say, but running — and perhaps regular, vigorous exercise generally — may even help protect people from joint problems later on.

In one well-known, long-term study conducted at Stanford University, researchers tracked nearly 1,000 runners (active members of a running club) and non-runners (healthy adults who didn’t have an intensive exercise regimen) for 21 years. None of the participants had arthritis when the study began, but many of them developed the condition over the next two decades. When the Stanford team tabulated the data, published in the Archives of Internal Medicine in 2008, they found that the runners’ knees were no more or less healthy than the non-runners’ knees. It didn’t seem to matter either how much the runners ran. “We have runners who average 200 miles a year and others who average 2,000 miles a year. Their joints are the same,” says James Fries, an emeritus professor of medicine at Stanford, and leader of the research group. The study further concluded that runners experienced less physical disability, and had a 39% lower mortality rate than the non-runners.”