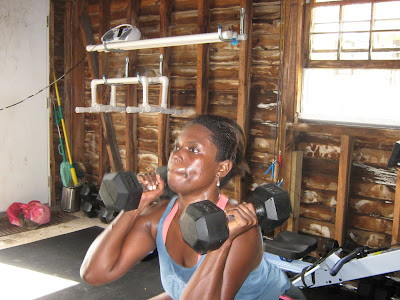 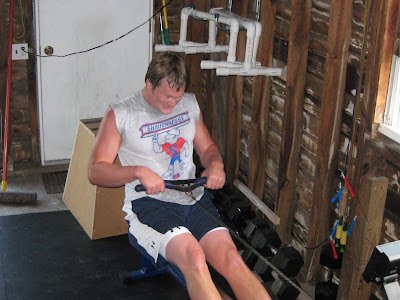 Skill of the Week: Kipping Pull-Up

VAGABOND STORY: Every month I will feature an athlete from the Vagabond garage and have them tell their story about their background in athletics and how CrossFit has helped them through their journey. The Vagabonds will range from the elite high school athlete to the stay at home mom. Their story will be about their successes in CrossFit and how it has helped them in obtaining their goals. Our first featured athlete is Bridget, who is an elite athlete in her high school sports. She has excelled in all three of her sports by being mentioned as one of the top softball players in the state to being a productive scholar in her studies. Here is her story and how CrossFit has helped her along the way.

Bridget Finds her Niche:
“How Crossfit Has Helped Me with Athletics”

I joined Vagabond CrossFit over two months ago and it was one of the best decisions that I have ever made. Prior to CrossFit, I was working out about three hours a day, and my workouts would consist primarily of repetitive movements of weights and running daily. Last year going into soccer tryouts, I thought I was in shape. However, after the early stages of soccer, I realized my endurance needed improvement, as I could barely last a couple of minutes at a very fast pace, and I would get tired very quickly. Obviously, I was not physically fit.
Initially, when my brother told me to try crossfit, I wasn’t sure how this type of exercise would even come close to preparing me for my soccer season and the high intensity that this sport entails. I needed a program that would get me stronger and in shape quickly. So this summer going into my senior year, I decided to take a chance and try CrossFit. My first workout as I remember it took about eight minutes, and after, my chest burned because I had never experienced that kind of high intensity and discomfort before in my life. Although the workouts were very painful, I loved that they were short, usually only less than twenty minutes. We performed a different workout everyday that always consisted of different and varying movements. Nevertheless, although the workouts didn’t last very long, they were much more effective because I was continuously being challenged, and pushing myself at every second during the workout. I would continually get sore because I was working muscles I had never before used. CrossFit not only incorporated weights into the training, but it also worked to improve an individual’s natural strength as well by using one’s own bodyweight. However during the first couple of weeks, I did start to have doubts whether this would actually work. It was when I went to my basketball games though during the summer that I knew for sure that CrossFit was really working, even though it had only been a couple of weeks. During my games, I hardly got tired, and I could keep running hard for a long period of time. Each game and/or tournament, I felt that my endurance continued to improve. I felt faster, and my overall strength had increased tremendously.
Finally after a little over a month and a half of training, I went into tryouts, not knowing how fit I would be compared to my other teammates. It turns out I was keeping up with the fastest kids on my team, sometimes even surpassing them on long enduring running workouts. Nothing that we did was excruciatingly hard compared to the training I had experienced through CrossFit. I owe all this success to CrossFit and I am much appreciative for its help with my athletics. Even though I have only been with Vagabond CrossFit for two months, I will never go back to any other type of workout as long as I live.