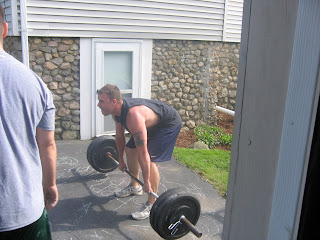 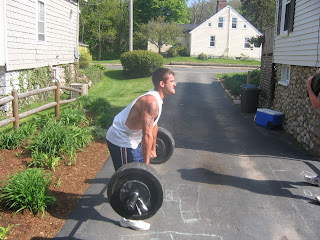 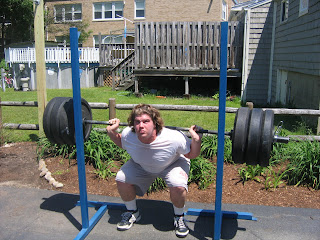 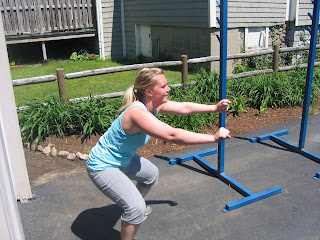 We will be hitting the great functional workout called the “CrossFit Total”, which is a great indicator of strength and functionality among CrossFit athletes. It is precise and provides capabilities to the Vagabonds, who will be performing this workout during the day and night at the garage. It will be the first “CrossFit Total”, that the Vagabonds will perform, but will not be the first time they performed all these movements during a strength day. It is not recommended by CrossFit and Mark Rippetoe, the lead powerlifting coach in the country, to perform this workout, if you have not performed any of these movements during a given day. Basically, you should have performed the back squat, shoulder press, and deadlift a few times during a strength day over the course of your training. The basic outlines should be that you performed all these lifts at low repetition with heavier weight. The great thing about this workout is, the movements are very basic and do not call for the demand that the Olympic Lifts, such as the clean and jerk and snatch call for technique. However, do not take my statement as if the these movements do not call for great technique and form. But they are functional, in which, you could perform them by yourself, if need be. So, to everyone performing this workout, Good Luck and Bring Your Strength!!

Vagabond CrossFit WOD- 5/26/09
“Crossfit Total”
Back Squat
Shoulder Press
Deadlift
The Guidelines and Rules to this Workout:
You have three attempts for each lift. You take your best score for each lift and total them for a complete score. You are not timed during this workout, meaning you can rest as much as you want during each lift. However, you cannot perform another movement or move onto another lift, until you have completed the recommended attempts.
The Press Movements Rules- The Knees and Hips must be fully extended before the press. The bar must be in contact with the chest, before pressing. If knees are bent or excessive bend of the back or torso are used, this is considered a failed attempt.
The Deadlift Movement Rules- The bar must start parallel with the persons frontal plane. When rising, the bar must be pulled with one continuous uninterrupted movement. The knees and hips must be fully extended at finishing position, and brought down under control with both hands firmly gripped. The bar must not be dropped.
The Squat Movement Rules- The start position must be that the knees and hips are fully extended. The bar must be on the back or shoulder blades and not in contact with the power rack. Two spotters are allowed during the lift, but are not allowed to touch the lifter, as this will constitute for a failed attempt. The hips are lowered until the top surfaces of both of the legs at the hip joint are lower than the knees, and then the bar is lifted back up.
POST TIME/ RESULTS TO COMMENTS: