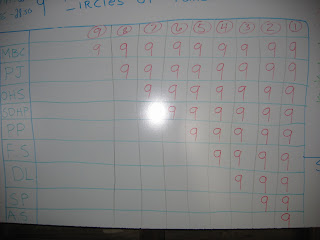 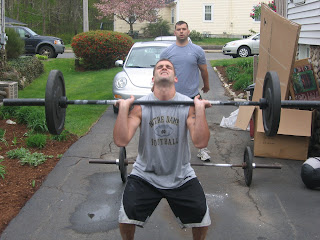 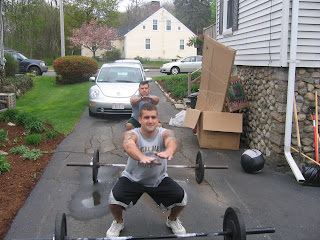 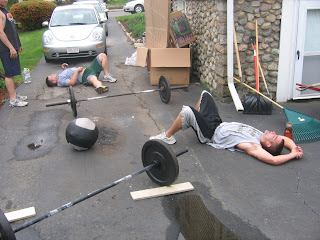 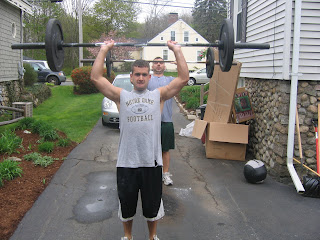 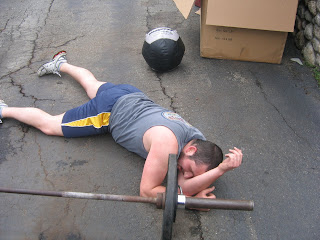 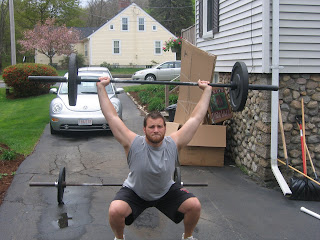 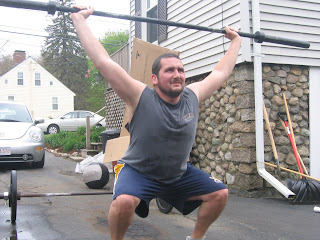 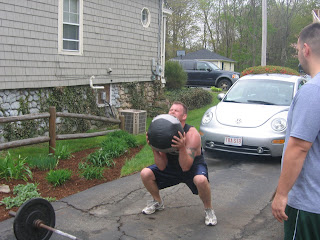 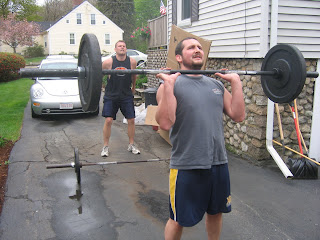 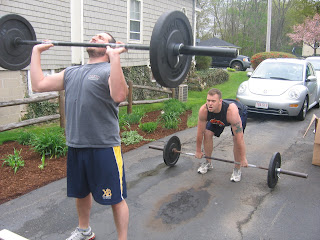 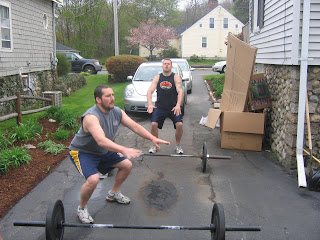 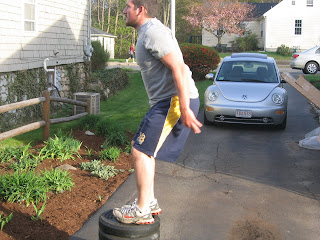 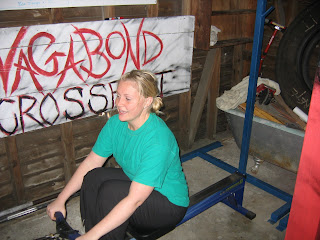 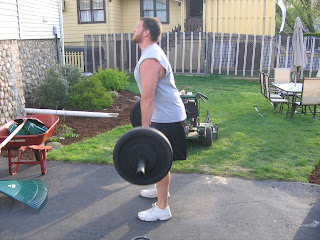 The Milestone for Some of the Guys:
It has been a couple of days since I have posted because we have been so busy at the Vagabond Garage with some grueling workouts. We have tackled numerous amounts of moves dealing with the 9 fundamental movements and the technique on how to improve the athletes form. The last couple of days up until today have been concentrated on deadlifts, running, rowing, and strength workouts. However today, four of the guys graduated from the 9 fundamental movement classes and will be now tackling the CrossFit HQ workouts posted daily. They have shown vast improvements with their ten aspects of fitness and are ready to take on the challenge of RX workouts and so on. They showed some true heart today as they busted out the the “9 Fundamentals Circle of Hell” courtesy of Sammy from CrossFit New Hampshire. They put up
some impressive times and really improved on their skills and technique during the workout. The purpose of this workout is not to move around heavy weight, but to work on their movements and to try to master the 9 fundamental movements. Throughout the workout, the guys were cursing and panting their way through. I am proud of them and the determination they had during the day. Congratulations guys on killing a great workout and moving on in your athletic ability. Also, Melissa, Shane, and Celine busted out some crazy workouts throughout the last two days and have showed some great improvements in their ability. They mostly concentrated on the Skill Work of the Week, which is Pull-ups, and busted out some of the 9 fundamental movements in between. They put some great effort into their workouts and showed some true class throughout the last couple of days. Congratulations too you guys as well, on passing through another milestone. Shortly, you will be put through the crucible of the 9 circles of Hell and will see the pain that the guys went through today.
WELCOME HOME 2ND LT. PAT BRAGAN!!
Also, would like to welcome, Chris, to the domain of Vagabond CrossFit, as he starts his journey into CrossFit on Monday.
Also, would like to Welcome, Vanessa, as well as she will be tackling some workouts starting on Monday.
“THE 9 CIRCLES OF FUNDAMENTAL HELL” WOD:
The workout is long and tired some, so check at the top of the page of what the guys performed today. Basically, they performed all 9 fundamental movements for 9 repetitions starting with air squats and worked their way up to Med Ball Cleans for their last movement. Check out the Whiteboard and you will see how the workout was set up. It went first movement for 9 and ended with all 9 movements performed 9 times for the last round.
TIME RESULTS:
Ham: 24.48
Chris: 25:25
Ross- 28:51
Kevin-36:14
Great Job guys, and to everyone else great job the last couple of days!