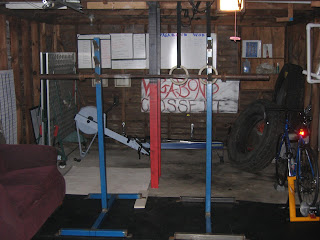 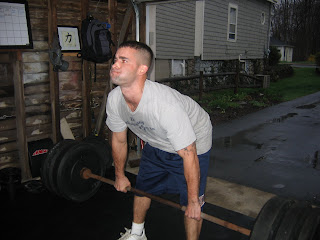 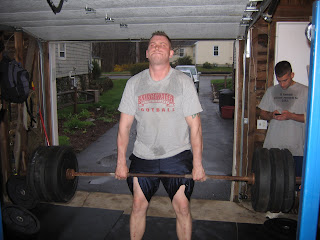 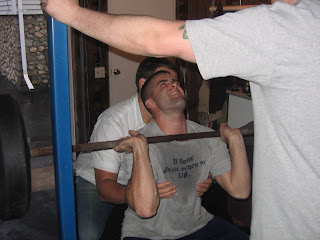 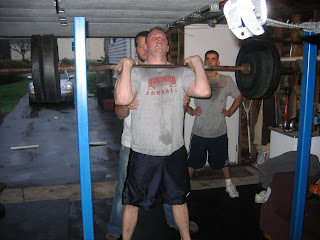 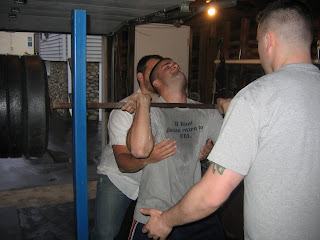 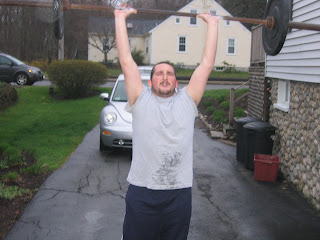 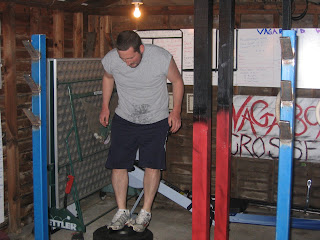 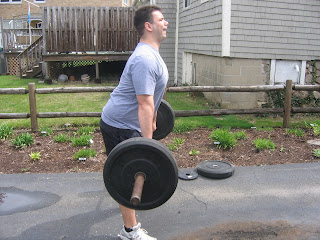 First Heavy/Strength Day: This was the first day for the guys to tackle the likes of a strength/heavy workout of the day. They put some real impressive numbers and showed that CrossFit hits every aspect of fitness. We have been tackling alot of Metabolic Conditioning and Fundamental Work over the last two weeks. This was a big change for the guys and showed that CrossFit sticks to their word and bring Constant Variation to the table. Constant Variation meaning that you always keep the body guessing and never perform the same workout in a small span of time. This will be a great indicator and starting point for the guys, too were their strength is now, and how it will change over time with these workouts. Endurance, Stamina, and Metabolic Conditioning is a very important aspect of CrossFit, but Olympic Lifting, Power Lifting, Strength, and Power are also very important elements to this regime. The guys saw vast improvements with their strength and were amazed to see were their strength was at this point. I am very proud of these guys and put up some heavy weight on front squats and deadlift. Also another important factor is I have been stressing the importance of the FINGER TIP grip on all the lifts over the last month. The guys finally realized how important this technique is when you get some serious weight on that bar. The finger tip grip allows the person to actively rest a large amount of weight on their top part of their chest and gives them the balance they need to perform these lifts at heavy weight. That is why repetition is so important during these workouts and the drills we perform to practice this type of technique is vital. It can be an uncomfortable position, but you have to trick your mind and body almost to perform these movements. The finger tip grip gives the athlete an opportunity to perform the movement at a great efficiency. When you are performing a Push Press or a Front Squat during a Metabolic Conditioning workout, it is more efficient to leave the bar in the finger tip grip, than to drop the bar to the ground and go through the motion of power cleaning it up to yourself. To drop the bar down and power clean it up to yourself during a already tough workout, creates more energy, time, and less productivity during the workout. The guys quickly realize this during their heavy day today, how important the Finger Tip Grip is to better efficiency and better performance. 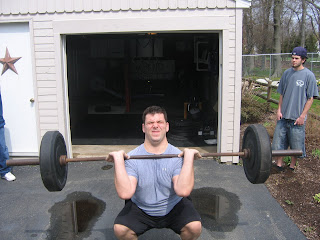 Some More News: Today Myself and a friend of Vagabond CrossFit, made some crazy free standing power racks. We had some steel and some welding gear and put together some strong material. It took us about two hours and finish the whole project in that time. I am pumped because not only do they look great, but saved some substantial money in the meantime. They are great looking power racks, and got to test them out right away with the Heavy Strength Day today. It was a huge step for Vagabond CrossFit and now I can stop cleaning 225 lbs to the guys during their workouts. I am always in debt to the Vagabond CrossFit friend who helped me during this ordeal and he made some crazy good power racks for the good of Vagabond CrossFit.
Some Catching Up for a few of the guys: Kevin and Bob had some catching up to do and made some huge strides in their physical ability. Bob did a crazy good job today on his fundamental work and Kevin did a great job with busting out the WOD called “Oh Box” in the afternoon. These guys put a great effort and showed some true class within the Vagabond World.
Strength/Heavy Day WOD:
Front Squat: 3-3-1-1-1
Deadlift: 3-3-1-1-1
Ham- FSQT- 115-135-165-195-225
Dl- 135-165-195-275-295(F)
Chris- FSQT-115-135-165-195-205
DL- 135-185-235-255-295
Ross- FSQT-115-135-165-195-215(F)
Dl- 135-185-235-255-295
Some of the guys were disappointed with their FAILED marks on some of the lifts, but I remind them you basically want to work to failure, meaning your pushing yourself to the limit. Failure sometimes is not a bad word, but means next time you will be more mentally prepared to get over that hump.
Bob WOD- All weight at 45 lbs
3 Rounds for Time:
500m Row
Push Press x 15
Front Squat x 15
Push-Ups x 15
Time- 14 minutes
Kevin WOD- All weight at 65 lbs
AMRAP- 15 minutes- “Oh, Box” of:
7 Burpees
7 Push Press
7 Box Jump- 20 inch
Rounds- 9
1 Mile Time Trial Run:
Ham- 9:30
Chris- 7:13
Ross- 7:13