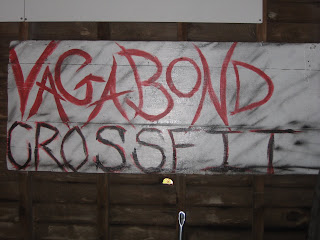 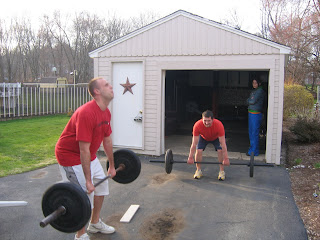 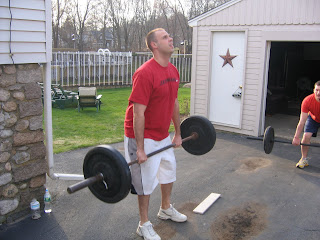 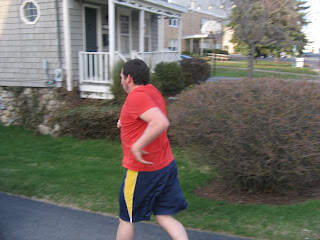 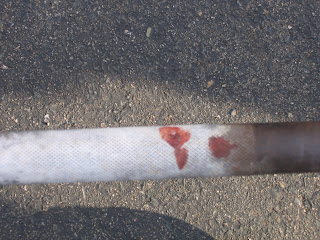 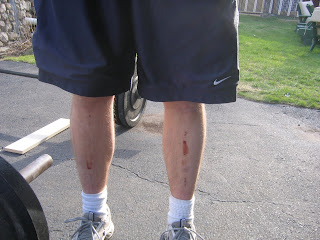 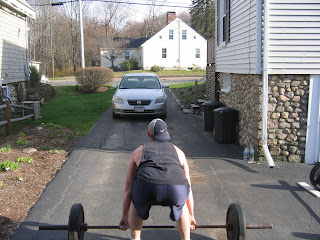 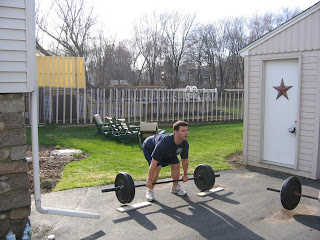 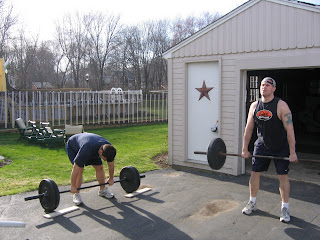 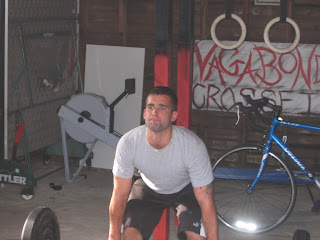 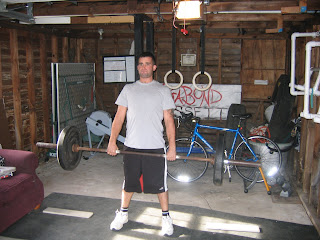 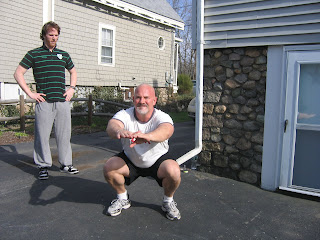 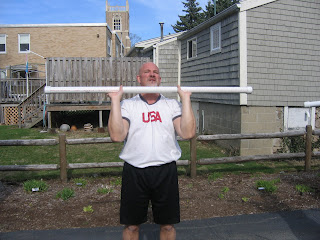 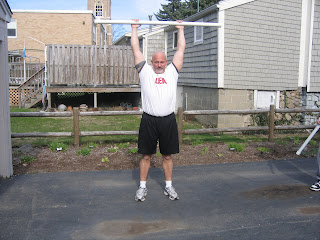 Another day, another tough workout for the men of Vagabond CrossFit. Another Vagabond strolled through our doors today, and got hit with a little “Tabata Squats”. I would like to introduce the man they call, Carey, to Vagabond CrossFit. Another person who is sick of the conventional “Globo Gym”, who wants to see improvement in his skills and athletic ability. Carey and I talked for about a half hour and discussed the basics of CrossFit and what this stuff is all about. He was instantly hooked and wanted to sign up that day. His background consists of martial arts and a lot of strength training. However, he had no idea what he was in for during the “Tabata Squats” protocol. As he said he was always taught and always performed the basic parallel depth and never knew the idea of going below parallel. He attacked his workout and finished all eight rounds, which is pretty impressive for someone who has never attempted this workout in their life. He had a great form and great technique and ripped through the workout, however, the basic body weight air squat, made him bow down to the power of going below parallel and performing the movement at a correct rate. This is outstanding seeing new faces everyday and I am very proud of the guys for sticking to their guns and hanging around this little place we call Vagabond CrossFit. “The Room of Hell” as we have dubbed it will begin to take souls and introduce them to the likes of CrossFit.

Today, the rest of the gentlemen performed a little workout, I call the “Dead Run” at a great pace and really worked on their deadlift technique and also a little endurance workout to boot. The protocol calls for an AMRAP workout that consists of 10 reps of deadlift and a 400 m run for twenty minutes. They all excelled and hit new milestones in their CrossFit workouts. I am proud of these guys and honored to have them
in my presence. Well enough talking and Here are the Results from Today.
“Dead Run”
AMRAP- 20 minutes of:
400 m Run
115 deadlift x 10
Ross- 10 and half rounds
Josh- 9 and half rounds
Chris- 9 and half rounds
Kevin- 9 rounds
Ham- 8 and half rounds
Carey- “Tabata Squats” 20 seconds on/ 10 second rest x 8