"A Little History of the First People and Grain Introduction"

HomeAll PostsBlog"A Little History of the First People and...

"A Little History of the First People and Grain Introduction"

“Do Not Give Me the Grain” 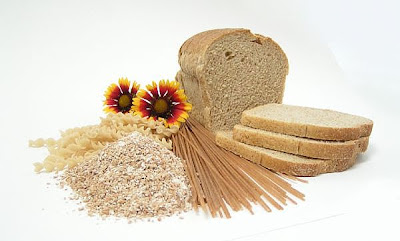 “Going Against the Grain” by Kevin O’Malley
Over two million years ago the first ancestors of Human Beings arose from their hunched over position to become known as Homo Erectus. These were the early ancestors of todays human beings. Nearly 100,000 years ago, the first Homo Sapiens or Human Beings were found in the vast continent of Africa in the country of Kenya. For those first 90,000 years, human beings relied on their hunting and gathering skills. Homo Sapiens derived their nutrion from over 200 different wild food sources, including animal meats, fruits, vegies, nuts, and seeds. However, there was a turn of events about 10.000 years ago, when Homo Sapiens diet drastically changed due to a dramatic shift in animal source protein. As human population grew, animal sources decreased, in which, a shift of food source was turned towards harvesting grains. This shift would continue for another 10,000 years and in turn would have dire consquences on our well being and health status in the present day. As Dr. Loren Cordain states in many of his research and data findings, ” There is a significant body of evidence which suggests that cereal grains are less than optimal foods for humans and that human genetic makeup and physiology may not be fully adapted to high levels of cereal grain consumption. We have wandered down a path toward absolute dependence upon cereal grains, a path which there is no return.” These are some stunning words, and makes every CrossFitter and Health Conscience person think to themselves, Are these Grain Really What We Are Supposed to Be Eating? Loko at the big picture and try to ask yourself, “Have you ever heard of a person, Who is allergic to Meat?” The simple answer is NO. However, we have all heard of people being allergic to grains or being lactose and tolerant to milk. Does this suggest, that possibly our bodies still have not adapted to the Western Style of Eating? My simple findings is that Yes, our bodies still have no adapted to the foods of grains and milk. Our bodies are made to eat meat, fruits, vegies, nuts, and seeds. This is what our ancestors did for almost two million years. How can you argue the facts? Simply put human beings did not start eating grains till about 10,000 years ago. That is a small blip in the screen of human existence. We are animals that adapt and change to our surroundings. Even to this day, our bodies still have no adapted to the ingestions of grains. With the simple consumption of grains, our populations did increase, but at what cost? The growth of agriculture reduce the average life span as well as body and brain size, it increased the infant mortality rate and infectious diseases, and also created numerous diseases surrounding obesity, heart failure, and bone mineral disorders. With the advancement of medicinal uses, we decreased the onsey of these diseases, but now we can live enough to suffer alongside type 2 diabetes, hypertension, and insulin sensivitiy. What costs are you willing to sacrifice for eating processed foods? All these examples should be wake-up calls in how all of us are eating and what we are taking for our daily food intake.
“What are Phytates?”
Every simple grain contains a chemical called phytate, which is a substance that can easily bind to important minerals like calcium, magnesium, and zinc in the digestive tract, making them more difficult to absorb in our bodies. Mineral deficiences are very common in underdeveloped worlds, that rely heavily on grain consumption for their diet. Also, a stunning fact is that 45% of Americans get zero daily servings of fruits or juice and 22% get no daily vegetables. I see this as a problem, Do You?
“What is Gluten and What Does Lectins Do to Your Body?”
Gluten is the primary source in grains and also the primary source in wallpaper paste is the protein that creates elasticity in dough. Scientists believe this substance is the cause for a inflammatory response in the body that can create an array of medical conditions, such as, digestive tract problems, autoimmune disorders, celiac disease, acid reflux, joint pain, and reproductive problems. Some grains also contain a chemical called lectins, that can affect the gastrointestinal function by damaging the stomach lining around the stomach. These lectins attack the healthy cells within the body, which can cause problems known as autoimmune diseases, most commonly type 2 diabetes.
“What’s My Point of this Rant”
Maybe try to do the Vagabond Paleo Challenge for 90 days and see if there are any improvements in the following areas:
Energy more regulated after meals
Digestion Improved
Frequencey of minor illnesses or inflammations decreased
Weight Loss
Basic Guidelines, ELMINATE GRAINS TO A FRACTION IN YOUR DIET AND SEE WHAT HAPPENS!!!